Back to news listPreviousNext
Posted on: November 6th 2020

Priorswood were very pleased to have been asked and jumped at the opportunity to be part of such an exciting and special community event.  The Year 2 and 6 children set about exploring and researching the meaning of Remembrance and creating poems about the subject.  The children also discussed the importance of remembrance, the symbolic wearing of the poppy and the two minutes silence held every year.  The Year 5's also did some art work and were keen to be involved.

The pupils at Priorswood will mark Remembrance Day with two minutes silence on Wednesday 11th November at 11am.

“The poems written by the children show that they had a really good understanding of why we have a period of remembrance”.

Also in the News 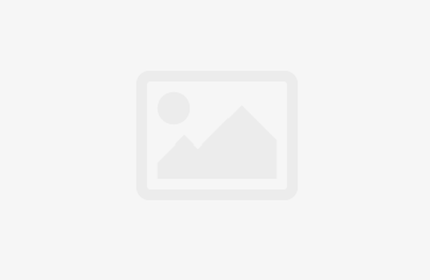 Locally donated business laptops, refurbished by local IT Volunteers group are greatly received by Minerva Primary Viridor Waste Management, whose HQ is based in Taunton, is excited to be working with SCHol.Tech’s volunteer technicians, to recycle 25 of its laptops to distribute to children from Minerva Primary School during the recent lockdown.  Championed by Viridor’s Head of IT Operation Andy Porter and IT Project Manager Jack Broughton, these laptops, which were earmarked for disposal due to a company upgrade, were given to SCHol.Tech, a brand-new community focussed volunteer-led company operating in Taunton, Wellington and Bridgwater.  SCHol.Tech’s 23-strong volunteer group of IT Technicians, drivers and administrators work to refurbish the machines with Windows 10 and fresh memory units. Viridor’s Andy and Jack said: “We release the machines to SCHol.Tech once all company information has been deleted.  Partnering with this great team means the laptops have the right software installed and that they reach the families that need them most.” Steve, Head of School of Minerva School was buoyant in response to this offer; “While we have received laptops under the Government scheme to support children who are learning at home, this is a short-term solution.  The chance for some families to have a laptop at home on a permanent basis is very welcome and we are grateful that a locally based company chose to identify Minerva and its community as a focus for this support.” Click the link below to hear the BBC Somerset interview:  https://www.bbc.co.uk/sounds/play/p096ggfj      Categories: 1 CategorySchool News

Priorswood Primary School Challenge their pupils during the recent lockdown

Priorswood Primary School Challenge their pupils during the recent lockdown Priorswood Primary School are determined to keep their children engaged in their learning during the recent national lockdown.  The school have been looking at different ways to entertain, motivate and encourage their pupils to stay busy and active.  One of Priorswoods popular initiatives has been arranged by Mrs Cullen, who has been setting PE and Forest School challenges each week using the online Dojo app, an app that connects their teachers, students and parents and allows them to communicate with one another.  During the first week back the school looked at Andy Goldsworthy, British sculptor, photographer and environmentalist who inspired art for forest school and last week they created their own stickmen inspired by the Julia Donaldson's story, ‘Stickman’.        Mrs Cullen has prepared challenge cards from the PE Hub which has three challenges and they can choose each week which challenge they would like to complete. The children are then asked to send in their pictures via dojo messenger showing themselves completing the activities.  Winners are chosen for each PE activity and a KS1 and KS2 winner is chosen for Forest School. To really motivate the children, winners are chosen for the best effort which is also announced on class DoJo and certificates and prizes are sent home as a special well done. The Redstart Learning Partnership are absolutely delighted to see the fantastic initiative Priorswood are offering their pupils at home and are delighted to see the children so engaged in the activities.  There are so many fabulous initiatives being offered by our other schools to our home educated pupils at this very difficult time.  It is great to see so many pupils engaging and enjoying the challenges.  Mrs Cullen from Priorswood Primary said “The children are really enjoying being able to continue their PE and Forest School activities whilst at home, I am loving seeing their smiley faces whilst completing the challenges and feel that being able to stay active and get outside is hugely beneficial for the children's mental health and wellbeing, Feedback from parents has been really positive and they feel their children are really enjoying the challenges which is fantastic”.   Categories: 1 CategorySchool News

Castle Primary School pupils in Stoke sub Hamdon were delighted to be invited to take part in an exhibition being displayed at the Octagon theatre in Yeovil to celebrate their reopening following lockdown. Corfe, Totnes and Dunster classes all provided artwork which has been put on display in the foyer areas. The theme of the children's artwork is very apt at this time and is entitled "The Show Must Go On". The Duty Manager; Arts Engagement Assistant, Katherine Hoskins said: “Thank you to the Castle Primary School pupils for providing us with some artwork to display around the Octagon for our reopening! We are absolutely delighted with the amount and quality of artwork which we received and it has really brightened up our venue!” Pupils have been encouraged to visit the venue (where safe to do so!) and when the venue is open. Information regarding the Octagon opening times over the Christmas period are on their website. The artwork can be viewed here: https://www.octagon-theatre.co.uk/news/community-artwork-display-for-the-octagons- reopening A spokesperson from The Redstart Learning Partnership said: “We are absolutely delighted to hear about this great partnership and opportunity for the pupil’s at Castle Primary School. We’d like to thank the pupil’s for their fabulous artwork and to the Octagon for allowing our pupil’s to display their artwork for public display”.Categories: 1 CategorySchool News

A round up on how our fundraising has progressed and a thank you to all of our donors can be found on our Newsletters page or by following this link.  Categories: 1 CategorySchool News

Trust celebrates successful allocation of funding to improve school buildings for pupils. The Redstart Learning Partnership (TRLP) is delighted to announce that they have been awarded nearly two million pounds in Condition Improvement Fund (CIF) money in this year's round of bidding. The Condition Improvement Fund (CIF) is an annual bidding round for eligible educational establishments and this year The Department for Education (DfE) provided funding of over £434m for 1,476 projects at 1,243 academies, sixth-form colleges and non-diocesan voluntary aided schools.  The fund considers applications for keeping educational provider buildings safe and in good working order, including funding projects to address health and safety issues, building compliance and poor building condition. The CIF money received by the TRLP is being spent on new boilers and pipework at Winsham, Castle and Priorswood, new windows at Ashill and Holy Trinity, new roofs at Priorswood, Buckland and Holy Trinity, and a new fire alarm system at Redstart. The projects have been taking place over the last few months and should all be finished by the end of April 2021. This, along with a significant investment of around £400k for refurbishment work at Minerva planned for this academic year, more than £100k of investment planned or spent at Winsham since it joined the Trust, and very significant fencing projects at Holy Trinity, Redstart and Minerva last year (with a combined cost of around £135k), means that TRLP has done extremely well in securing capital investment in our schools over the last couple of years. This money will ensure that our school buildings and sites can continue to be safe and comfortable places for our pupils, and allow all our staff to concentrate on our primary aim of providing an outstanding education for every child.      Categories: 1 CategorySchool News

Below is information about our approach to the coronavirus across the Trust, including our our current plans: Parent/Carer Letter Covid-19Categories: 1 CategorySchool News

After the recent storms Ciara and Dennis and what has seemed an endlessly murky and wet winter, it’s a real treat to look out of the office window and see catkins blowing in the wind, the tree outlined against a pale blue sky. Better still, the nursery children have been out in the garden below the tree with Mr Burr, hunting for earthworms and hedgehogs. Ofsted doesn’t stop them enjoying this glimpse of spring and it’s so great for all of us to be reminded of what TRLP is all about – helping children to have a wonderful experience of learning that they can take with them throughout their life. Ensuring that we all remain true to the vision and values of the Trust is the responsibility of everyone who works with us but it is the Trustees and those who help govern the schools who are tasked with setting that vision and those values. It is a particular challenge in the education system that volunteers are asked to step forward and shoulder this responsibility. Establishing a system of governance that combines the elements of inspiration, leadership and compliance across such a complex organisation is a challenge with which MATs across the country have been grappling. TRLP Trustees have been reviewing, revising and consulting on the Trust’s governance structure since the end of the last academic year, seeking a way to find the perfect formula for a Trust that includes nine schools in widely different environments and contexts. The model has now been refined, with two main committees undertaking the key strategic functions demanded by the DfE, Charity Commission and Companies House, to whom the Board of Trustees are answerable. The Business and Audit Committee and the Education Committee are being strengthened and expanded with clear action plans and targets. We know that each of our schools is at the heart of the community that it serves. Key to success is the relationship of the school with the parents and members of that community and so it is appropriate that they should be invited to be part of new Teaching and Learning Committees that will support each school, looking at evidence of how the school is progressing and reporting up to the Trust’s Education Committee. Even this will be flexible, where the needs of small schools or vulnerable communities call for a different model and, of course, taking note of the distinctive nature of our Church of England schools. Please look out for information from your school in the coming weeks on how you could be part of the team. By Tess Gale, Director of Operations Categories: 1 CategorySchool News
Back to Top